Bike Town Festival Przemyśl 2014 was a real blast. Great town, great atmosphere and top riders. The FMB World Tour Bronze event dirt competition was not the only one there. City Downhill race attracted some of the top guys on the DH scene like Filip Polcster Polc and NS Bikes team rider Sławek Łukasik. Our Octane One crew has been represented by Kuba Grudziński who finished the dirt event on the very good 5th spot and bagged his first FMB points. Congratulations!

Here is the official event video by Flair Motion* and full story.

Not many of you would imagine such a place exists in this part of the world, but actually Przemysl in south-east Poland is probably one of the best places to do urban downhill in the area! Rich of old and beautiful architecture small town has just hosted top downhillers and dirt jumpers during the Bike Town Festival Przemyśl 2014.

The downtown race here has a rich tradition. Held from 2008 starts from a picturesque castle placed over the old town. Around 1 minute track has been designed by the City Downhill World Tour organiser Filip Polc himself who has won the race. A demanding track, with nice smooth jumps, crazy obstacles such as the van jump and large sections of stairs that are hard to find anywhere else in Europe!

The FMB Bronze Event DIRT contest and total 1000 Euro prize money brought in few international riders with Xavier Pasamonte (ESP), Tom Cardy (UK), Andrei Strizak (RUS) taking over the podium! The best Pole Szymon Godziek finished 4th! The event has been organised by the Przemyśl City Council and Azymut Foundation. To make the story short, check out the video and the pics! 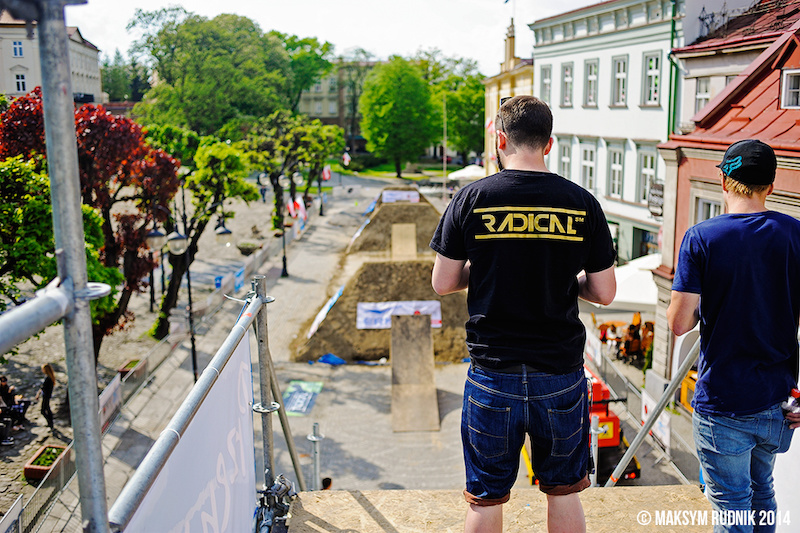 Building dirt jumps went on for over a week before the event. 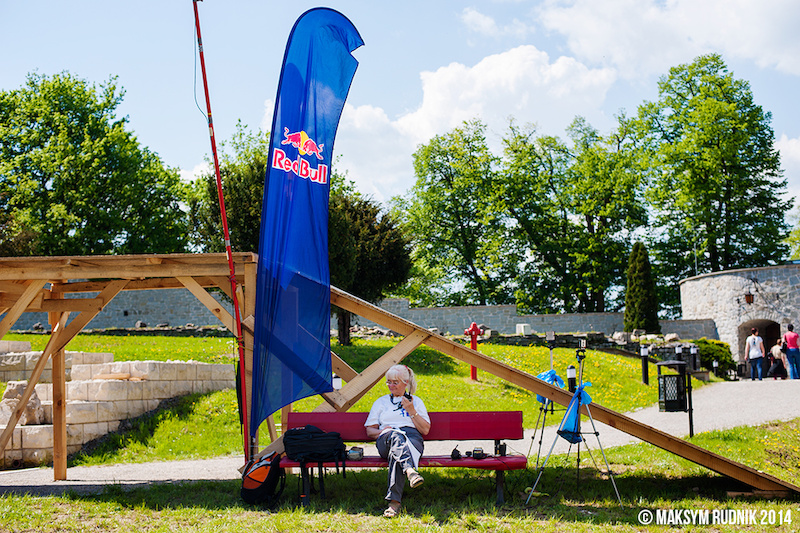 Start ramp at the castle ready to welcome over 200 downtown racers! 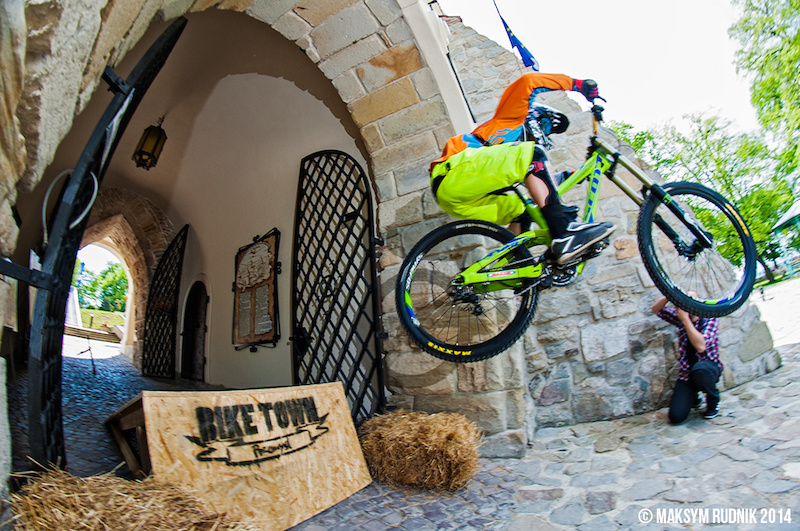 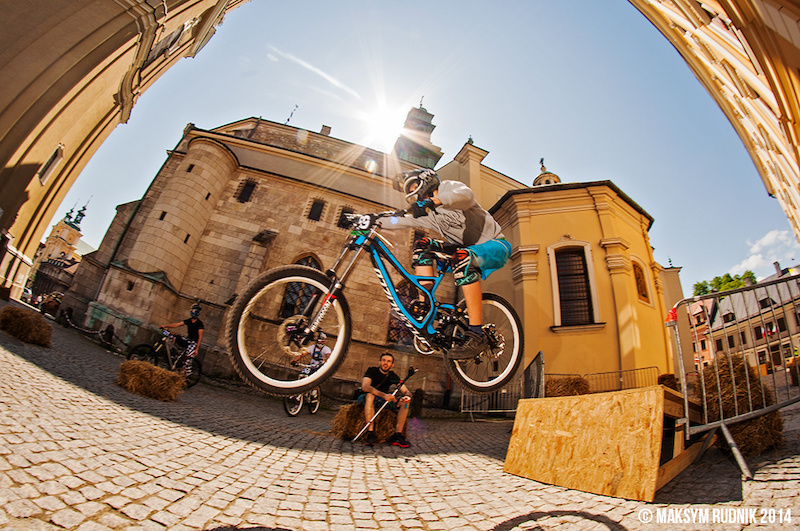 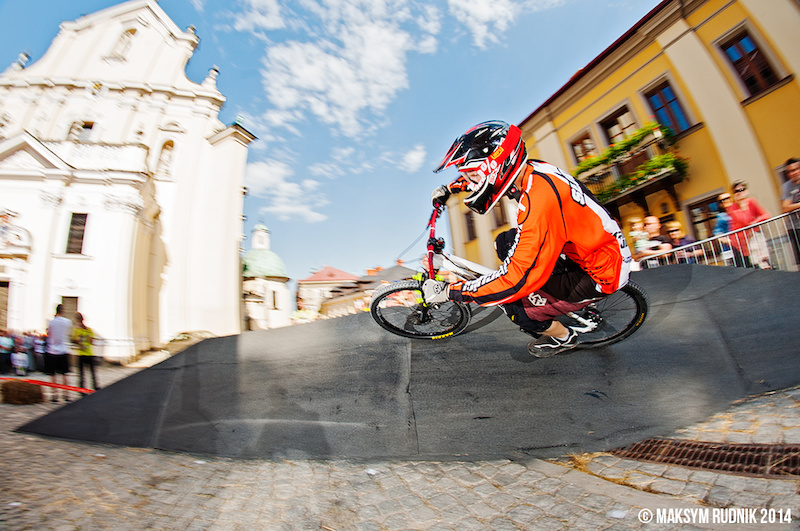 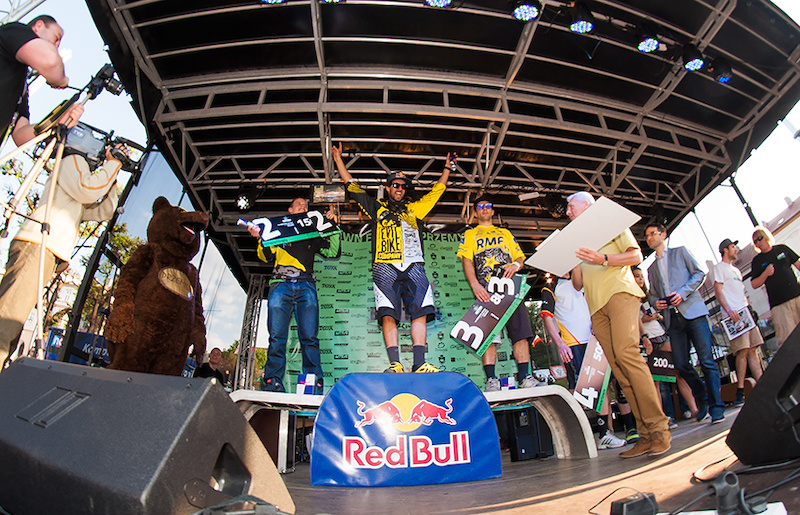 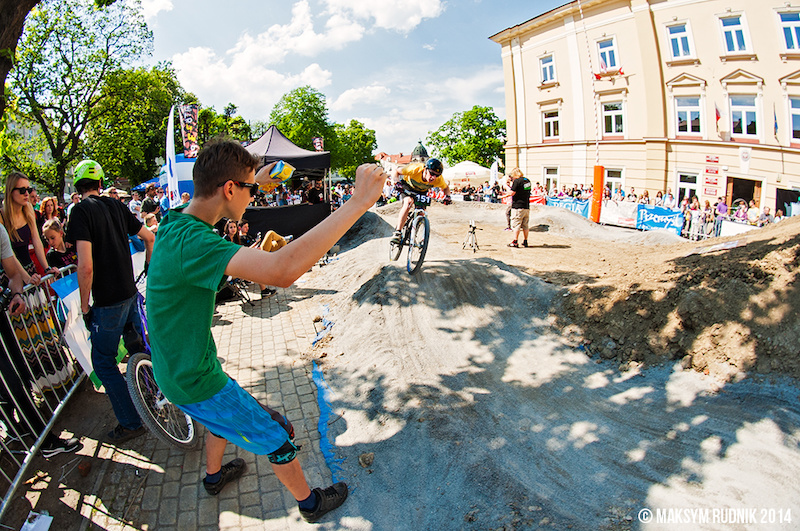 In the meantime a pumptrack race took place. 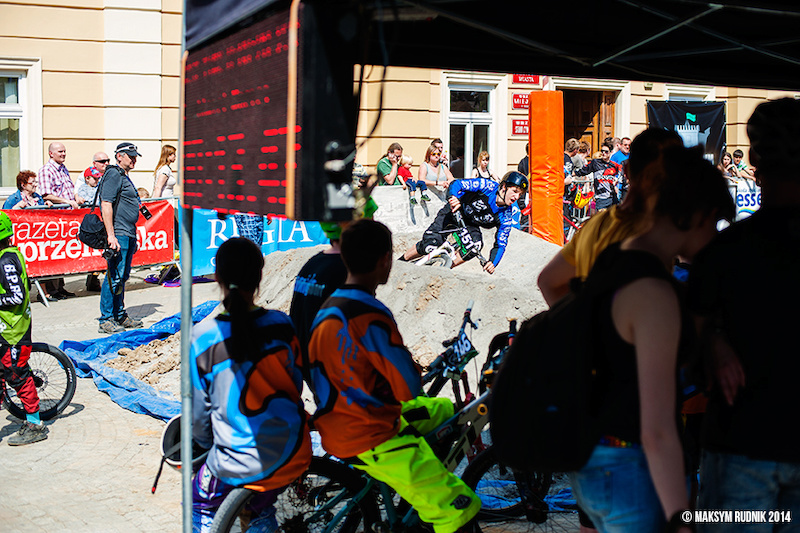 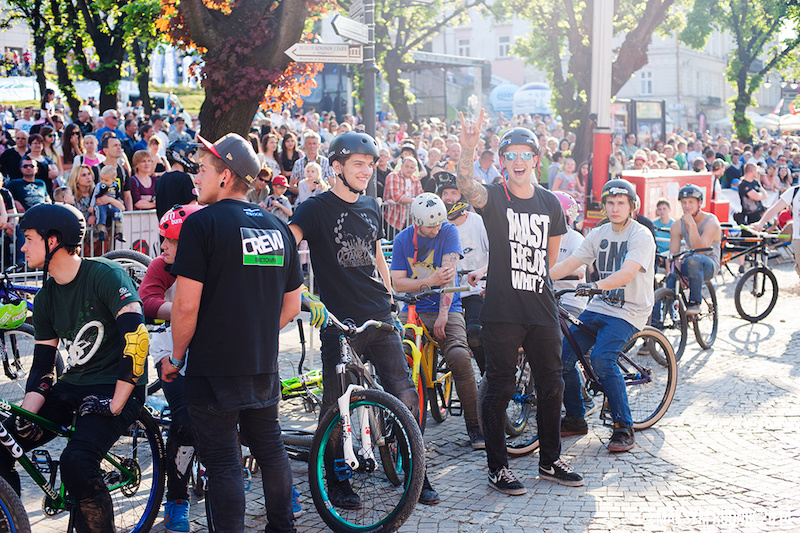 Dirt jumpers chilling in the sun before the qualies. 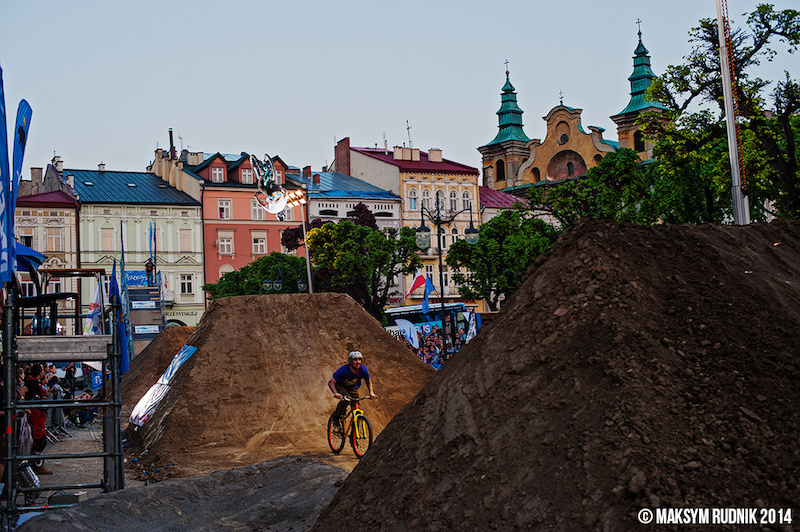 The spectators totally stoked on the tricks performed that evening! 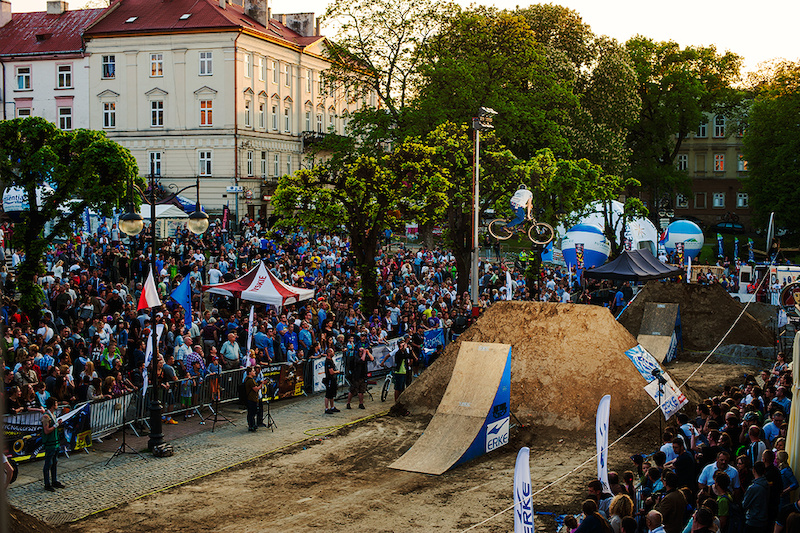 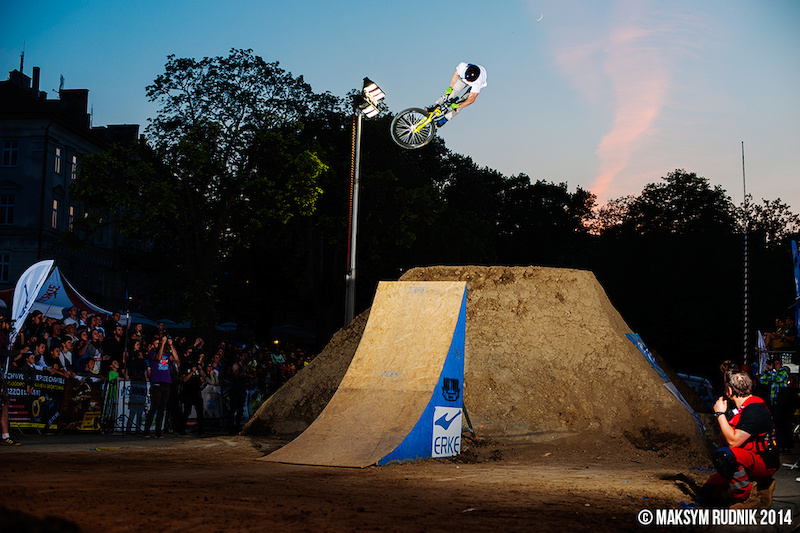 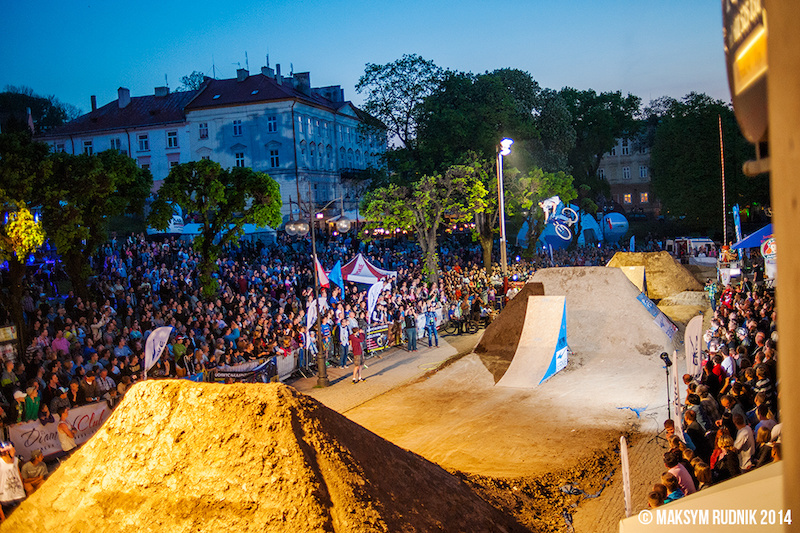 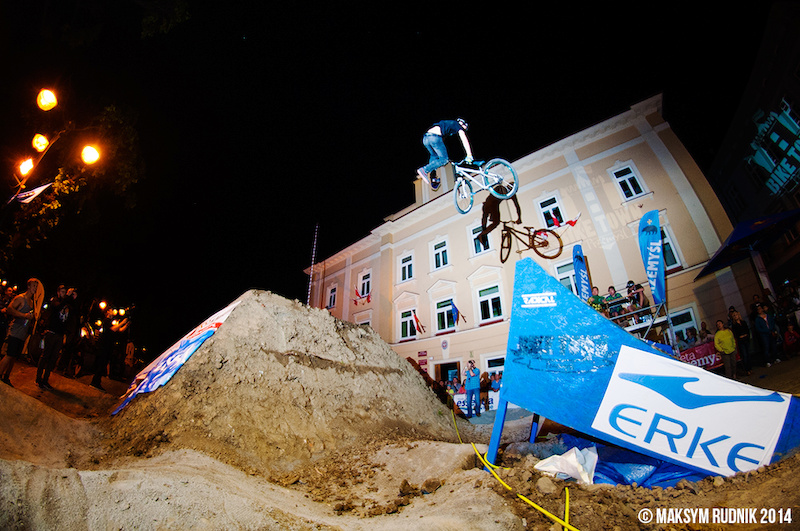 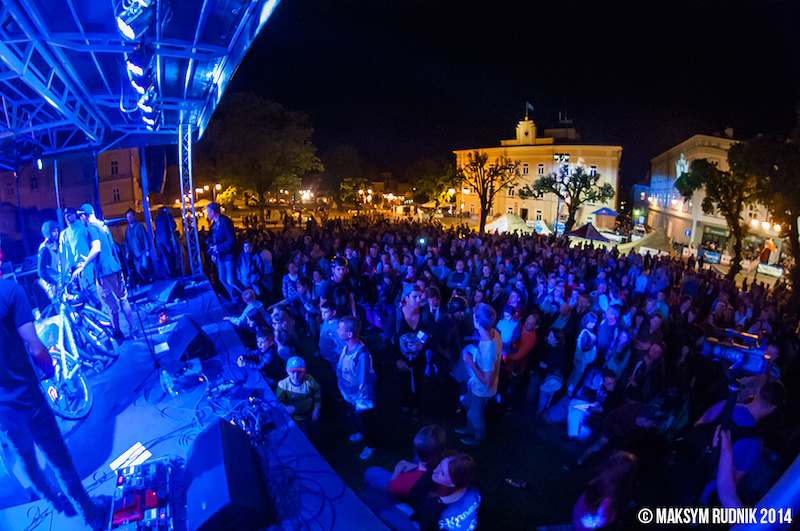 The ceremony was loud! Just look at this crowd! 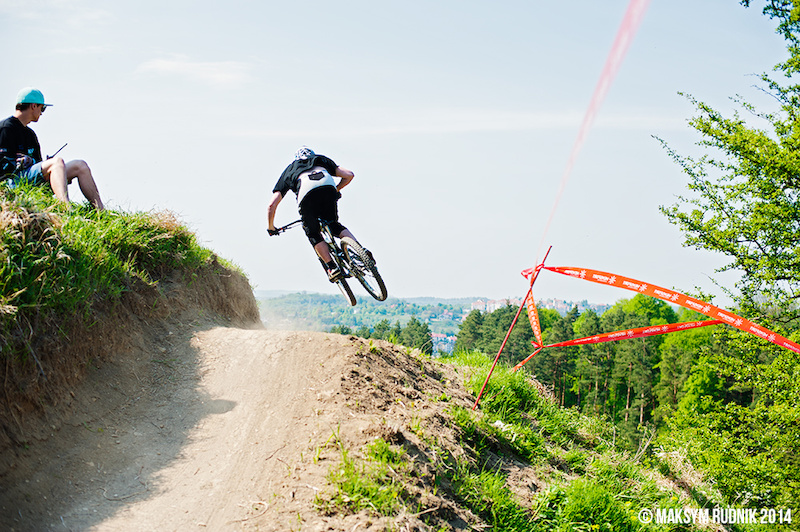 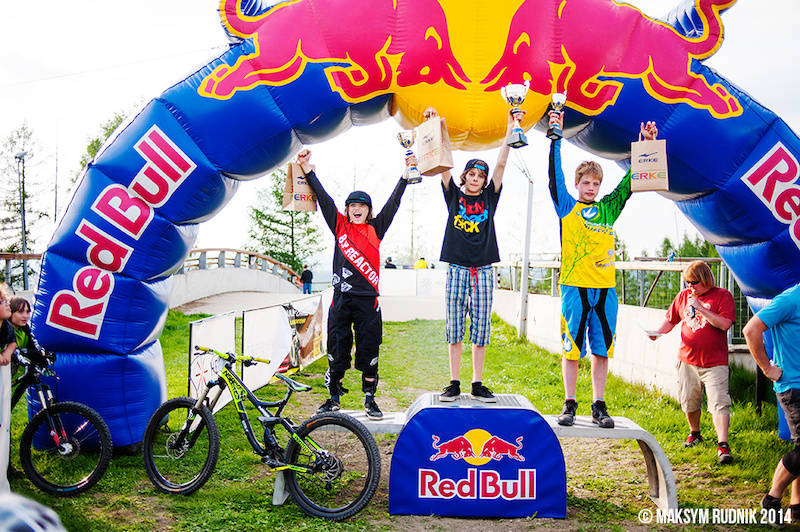